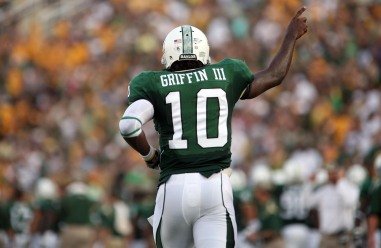 Robert Griffin III says he will not throw at the NFL scouting combine. I assume the reason for this is because he did not want to be over shadowed by the technical quarterback in Andrew Luck.

During the NFL scouting combine he will only be displaying his forty yard dash time and participating in team interviews.  This could play out in Robert Griffin III favor. If RG3 stays away from getting compared to Andrew Luck during these scouting sessions, it may lead to less doubt from critics.

For myself I think Robert Griffin III is a highly talented athlete with a quick release and cannon for an arm. But is he a NFL quarterback? We have all seen prospects come and go in the NFL, with few Heisman winning quarterbacks actually making a huge impact.


“Just getting used to the type of routes you have to throw at the next level,” Robert Griffin III said about his work with Shea. “Basically just trying to find the best way to allow my skills to shine, whether that’s my quick release or just my ability to drive the football down the field” (Information from ESPN NFL Insider Adam Schefter and The Associated Press contributed to this report.)

Now that there is a new breed of quarterback playing in the NFL and with all the success of Cam Newton and Andy Dalton last season. This leads to an amazing deal of pressure (more so than ever) beating down on the NFL quarterback hopefuls.
We can break down their throwing motion, mechanics, football smarts, and even their personal life but all that matters is stepping on a NFL field and preforming. I do not doubt RG3; I am simply saying there is an exponential amount of pressure and expectations for him to succeed in the NFL.
So we wait. Will Robert Griffin III be what we all want him to be, or will we see another talented, highly scouted player flop once he steps in the NFL.
Zachary James
Talk Sports Media
twitter.com/talksportsmedia 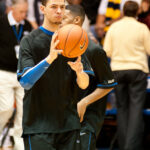 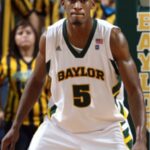 Perry Jones III and the Baylor Bears Triumph Over Texas

You may have missed 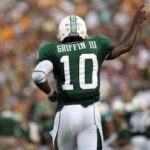 February 21, 2012
Championship for the New York Knicks? or Just Hype 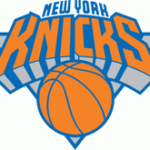 February 20, 2012
Sea Devils Take a Tough Loss to The Pioneers