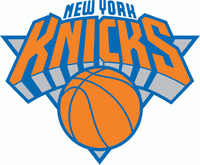 Can the New York Knicks make a run in the east? I have been playing around with this question for about a week now. It’s easy to get caught up in the aura of Jeremy Lin, but there is more to this team then Lin.

They have all the fire power necessary to make a run. Between Jr. Smith, Carmelo Anthony and Amare Stoudemire this team has the potential to be unstoppable. That’s if they can all work as a team.
With all the “Linsanity” surrounding them, the pure emotion and hype may be enough to propel them to the playoffs. Making the playoffs is not enough though for Knick fans. The Knicks fans have been craving a championship since 1973. The only problem with making the playoffs is that they will be facing the upper echelon of teams in the east; Miami Heat and the Chicago Bulls to name a few. The only top team I see them beating in the east would be the Philadelphia 76’ers (if they got the chance to play) considering the 76’ers got ran over by the Miami  Heat earlier in the season.
Is this the chosen team that Knicks nation has been waiting for or is it another tease that will leave Knick fans begging for more? As we get deeper in the season all our questions will be answered.
Zachary James
Talk Sports Media
twitter.com/talksportsmedia

Kobe Bryant is Truly One of The Greats

Are the Los Angeles Clippers the Real Deal?